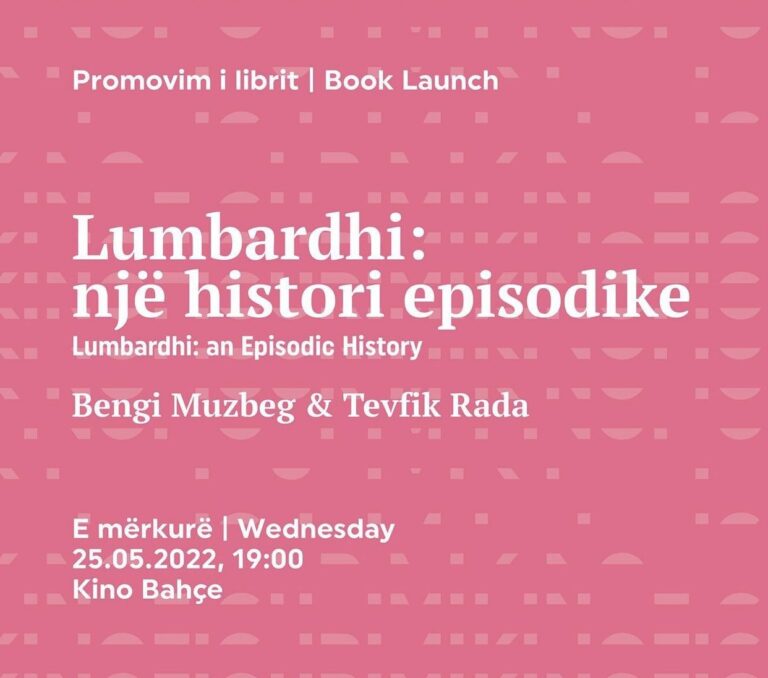 Lumbardhi invites you to the launching of “Lumbardhi: an Episodic History” taking place on the 25th of May starting from 19:00 at Kino Bahçe.

The book speaks of the encounter and interaction between Lumbardhi Cinema and Prizren, from the circumstances that brought by the opening of the cinema in 1952 to the cessation of operations and the bankruptcy of the socially-owned enterprise “Kino Bistrica” in the beginning of the new century.

Based on the process of collecting and interpreting the materials found at the cinema, the archive of “Rilindja” newspaper and other sources, as well as the actors of some key episodes, the researchers Bengi Muzbeg and Tevfik Rada have put together a fragmented story that describes the clashes and contradictions between a building, a city and the art of cinema, within social, political and technological transformations

.“Lumbardhi: an Episodic History” is published by Lumbardhi Foundation with the support of the Ministry of Culture, Youth and Sports, forumZFD Kosovo office, the Foundation for Arts Initiatives and the cooperation of the Kosovo Privatization Agency.