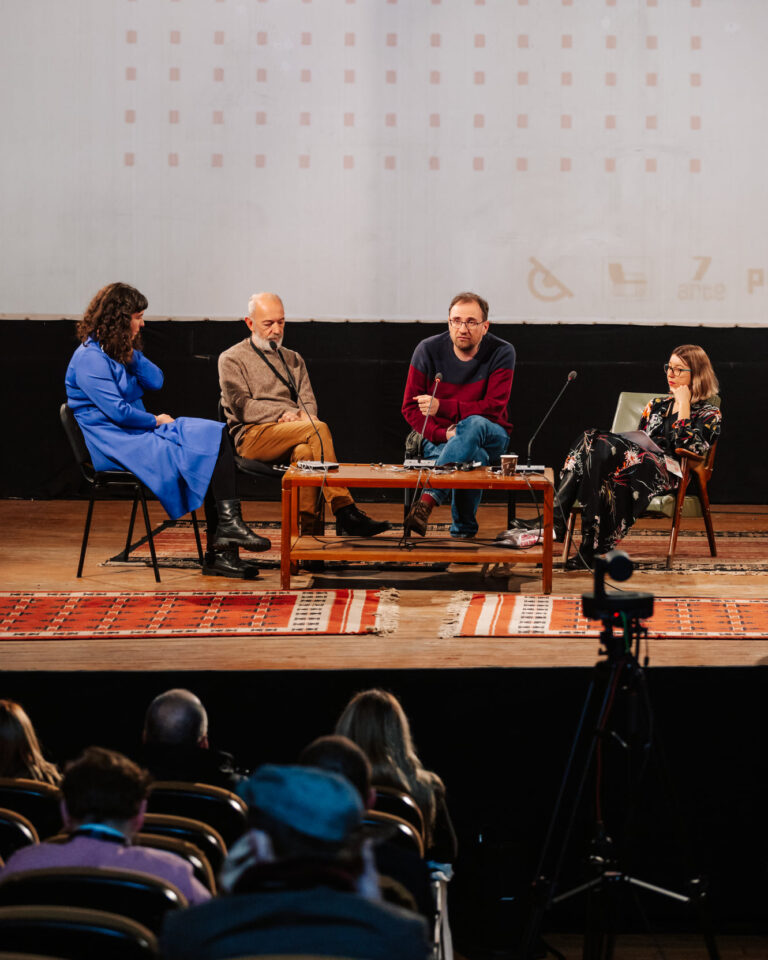 Between December 13-14, Kino Jusuf Gërvalla in Peja hosted the conference “Public Civic Partnership for Reforming Cultural Governance in Kosovo” organized by Anibar within the project “Cultural Spaces of Kosovo”.

The project was launched in 2019 as a continuation of previous collaborations between Anibar, Lumbardhi Foundation and Kooperativa – Regionalna platforma za kulturu (Regional Platform for Culture). During four years, the project built a sustainable format for supporting collaborative platforms and networks, the development of programs and conditions for the functioning of cultural spaces in Kosovo, as well as the generation and sharing of knowledge on these matters.

The conference brought together public officials, civil society representatives and actors from the regional independent cultural scene to discuss issues about public financing of culture, revival and governance of cultural spaces and principles of collaboration. Through various discussions and workshops, participants reflected on the current situation of the independent scene and future prospects, while presenting different applications of public-civic cooperation in local and central policies of culture as means of creating new models of institutions and advancing civic participation.

“Cultural Spaces of Kosovo” is a four-year project implemented by Anibar in cooperation with Lumbardhi Foundation, 7 Arte and Pogon, with the finantial support of the European Union Office in Kosovo.