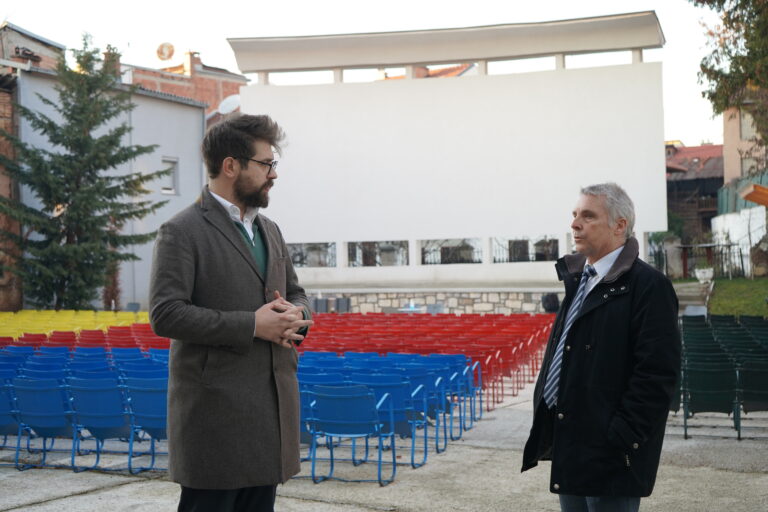 German Ambassador Mr. Jörn Rohde visited Kino Lumbardhi where he was received by the director of the Foundation, Mr. Ares Shporta. At the meeting he was introduced to the history of the cinema, the collaborations thus far in institutional construction, the development of the research and archiving departments and the plans for Phase II. They also discussed cultural policies in Prizren and Kosovo, collaborations with the independent scene as well as opportunities for collaborations within Innovation and Training Park.

Lumbardhi Foundation is grateful for the support of the German Embassy Pristina as well as partners such as the Goethe-Institut , the Heinrich-Böll-Stiftung Foundation and the forumZFD – Kosovo Program.