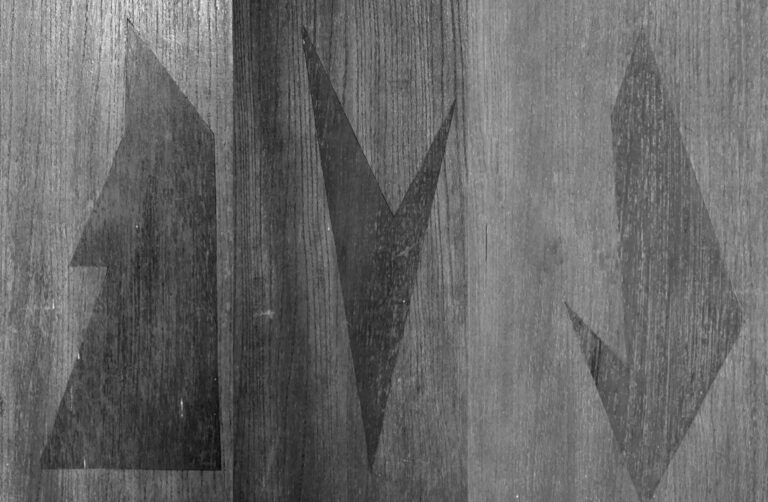 Inspired by the elusive heritage elements discovered at Lumbardhi Cinema, Kinography was generated in parallel to Lumbardhi Foundation’s gradual transition to Phase II. Its visual vocabulary was built through the experimental process of re-thinking and repairing the cinema while becoming a dynamic and contemporary institution.

Designer and creative director, Ali Cindoruk of KHORA explains the thought processes behind the development of Kinography:

“We joined in the efforts to save the Lumbardhi Cinema from a privatized or demolished fate in 2016. Ever since, we have been an active participant in the emergence of Lumbardhi Foundation. Our part of this work has been to clarify, distill and crystallize the ideas and possibilities which constantly change and transform in time. For Lumbardhi, we have generated key expressions, experiences and interactions of spatial, visual, material, digital, narrative and of a choreographic nature.

As an institution in the making, Lumbardhi’s identity was formulated as the contemplation of an institution in terms of its future desires, current capacities and its connections to heritage through its residence within the historic landmark building of Kino Lumbardhi.

A chance encounter in the course of a spatial inspection led us to the discovery of a number of visual elements which the building inherited in the form of wood inlay on some cabinet doors.

These visual elements, namely five geometric abstract shapes, were to become the first and the founding components of “Kinography” – Lumbardhi’s identity system that is based on the concepts of multiplicity and evolution rather than a singular and logo-centered design. We called these shapes ‘Kinograms’ as they constitute the founding grammar of Lumbardhi’s visual alphabet, a continuum of multiple and layered expressions that is to dynamically evolve and expand in time, similar to the institution itself.
Lumbardhi expresses these multiplicities through several distinct programming outlets which we have generated as kinograms for QARK, Kinofiguration, Bllogu and various campaigns that emerge with different properties and temporalities yet, together, they form a conglomerate that makes up the ever willful Lumbardhi”.