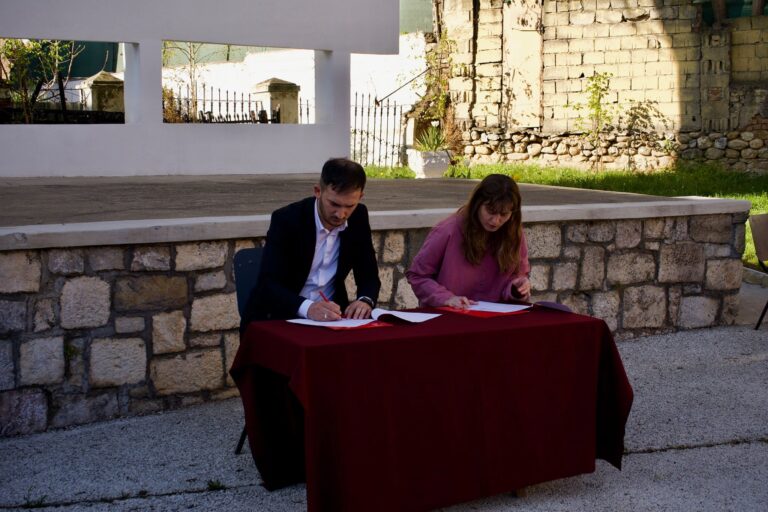 On 13.04.2022, the director of Vardar Film from Skopje, Mr. Sani Saidi was present in Prizren to sign the memorandum of cooperation between Vardar Film and Lumbardhi Foundation.

Vardar Film and Lumbardhi Foundation are dedicated to deepening a long-term cooperation towards developing film programs, education in film history, as well as exchange programs between the two institutions.

The first films presented in this collaboration, Thirst (1971) and The Macedonian Part of Hell (1971) will be screened as part of the “LXX” film program, following the events planned to celebrate the 70th anniversary of the opening of Lumbardhi Cinema.

The films will be screened at Kino Bahçe, between May 25 and September 30.

Vardar Film is a film production and distribution company based in Skopje, Northern Macedonia. It started operating in 1947 and today it functions as a modern film and educational center.