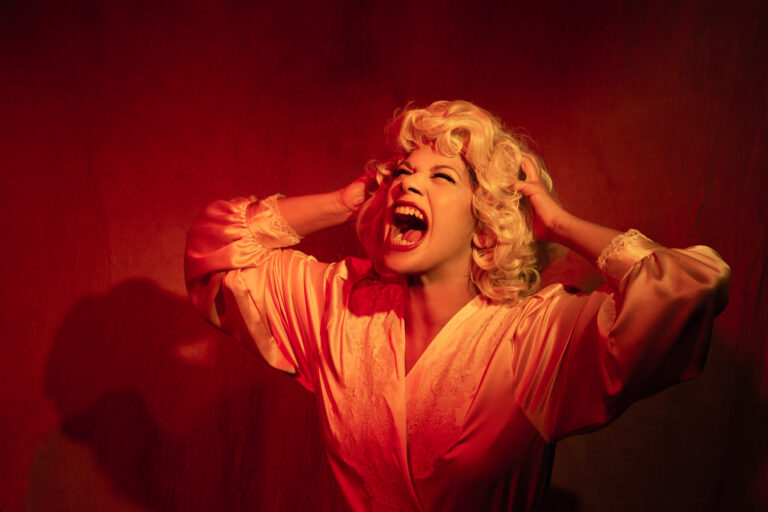 On October 2nd, American singer-songwriter from Brooklyn, New York, Shilpa Ray, known for the DIY feminist punk experimental sound will once again embark at Lumbardhi in Prizren on the tour of “Portrait of a Lady”, preceded by the local band Zwada, thus marking the conclusion of the concert season at Lumbardhi.

Shilpa Ray’s music has been compared to Blondie, The Cramps, Screamin’ Jay Hawkins and her singing has been compared to the style of Patti Smith, Nick Cave, and Ella Fitzgerald. Ray is notable for combining an Indian harmonium with a “big-voiced blues-rock howler” vocal approach and is known to sing in styles ranging from metal to the balladry of Leonard Cohen.

Elaborating on the influences and the meaning of the record, Shilpa Ray stresses: “A few years ago I stumbled upon a Nan Goldin exhibit featuring her photos from The Ballad of Sexual Dependency and it shook me to my core. It made me reflect on my own experiences with sexual assault and abuse as well as the media explosion that has resulted from the #metoo movement. Portrait Of A Lady is not necessarily a political record as it is a personal one, showing the good, the bad and the ugly, as well as the power one can ultimately hold being a survivor”.

The evening will start with the Prishtina-based band, ZWADA led by Suada Abazi, an artist from Prishtina who at the very beginning of her career attracted attention with her voice and songs through a beautiful combination of genres that she created.

Although they are inspired by indie rock, pop and alternative music, they do not prefer to be categorized, as their goal is to flow freely in music.

The entrance to the concert is ‘pay what you want’ to contribute to the cultural life and to art.

This evening is made possible with the support of the Ministry of Culture, Youth and Sport and Ayefleet.