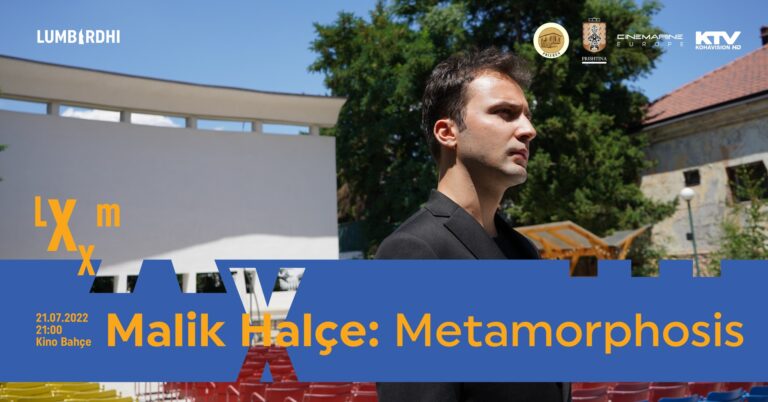 Lumbardhi is pleased to host the solo recital “Metamorphosis” by pianist Malik Halçe.

The solo recital consists of pieces by various composers from different periods and styles with massive contrasts between each other. The concert will begin with the most important and challenging pieces in the standard piano repertoire called four ballades (1831-1842) by one of the most unique piano composers, Frédéric Chopin. Subsequently, the program will be followed by a sonata for solo piano by Béla Bartók (1926), the kiss of the Child-Jesus (Le baiser de l’Enfant-Jesus) from Olivier Messiaen’s twenty looks at the Child-Jesus (Vingt Regards sur l’Enfant-Jesus) (1942), and a monumental work called Dante Sonata (Après une lecture du Dante: Fantasia quasi Sonata) (1849) by legendary composer, Franz Liszt.

Malik Halce is from Prizren. His piano training began at the Lorenc Antoni School of Music and continued at the State Conservatory of Mimar Sinan University of Fine Arts in Istanbul, Turkey, to continue with the Norwegian Academy of Music in Oslo, Norway. Currently, he studies at the Franz Liszt Academy of Music with Prof. Dráfi Kálmán in Budapest, Hungary.

In 2012, Malik was awarded the second prize in the young talents’ competition, co-organized by Sedat Gürel – Güzin Gürel Arts Camp; Science Foundation and the Istanbul State Symphony Orchestra, where he performed before the audition in the accompaniment of the Istanbul State Symphony Orchestra. In 2014, he was also awarded the first prize in the international piano competition “Young Pianist 2014” in Kosovo. Malik then performed with the Kosovo Philharmonic Orchestra in 2015.

He was invited to the Miami International Piano Festival in 2017 and 2018. During his stay in Miami, Malik gave numerous concerts and had the opportunity to work with world-renowned pianists, including Jorge Luis Prats, Kemal Gekic, Claudio Martinez -Mehner, Francesco. Libetta and Walter Ponce. In 2019, Malik gave concerts at the 10th International Chopin Piano Festival and the Autostrada Biennale in Kosovo.