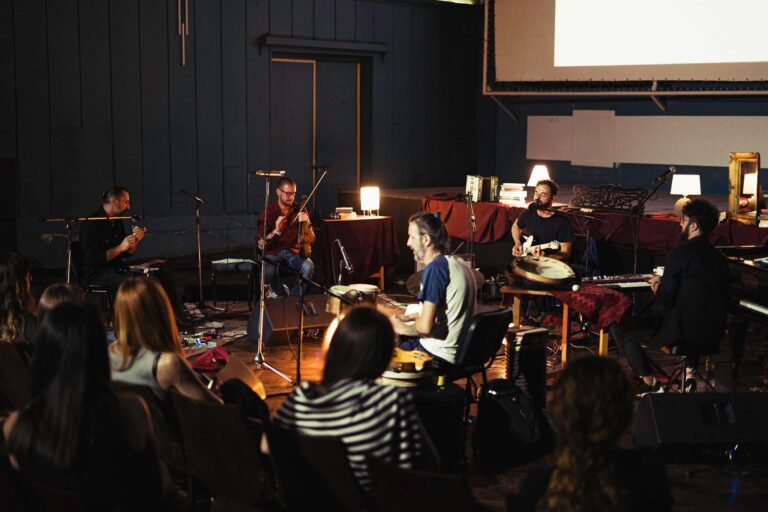 To conclude the Pandemic Albums component for this season, Lumbardhi had the pleasure to present the latest album of the group por-nó entitled ‘Dyftyrëshi’.

Recorded between 2016 and 2018 in several studios and locations , ‘Dyftyrëshi’ marks the album in which Dritëro Nikqi has worked the longest and with the largest presence of collaborators. Besides the essential and initial group consisting of Dritëro Nikqi, Nesim Maxhuni, Liburn Jupolli and Michael Haves, it is no exaggeration to say that dozens of musicians participated in the creation of the album and that each of them adds to it their color and personality.

Although the songs have the theme of refugees coming from war zones as their initial inspiration, they are more intimate and at the same time more direct songs while the title of the album remains ambiguous and open for interpretation.